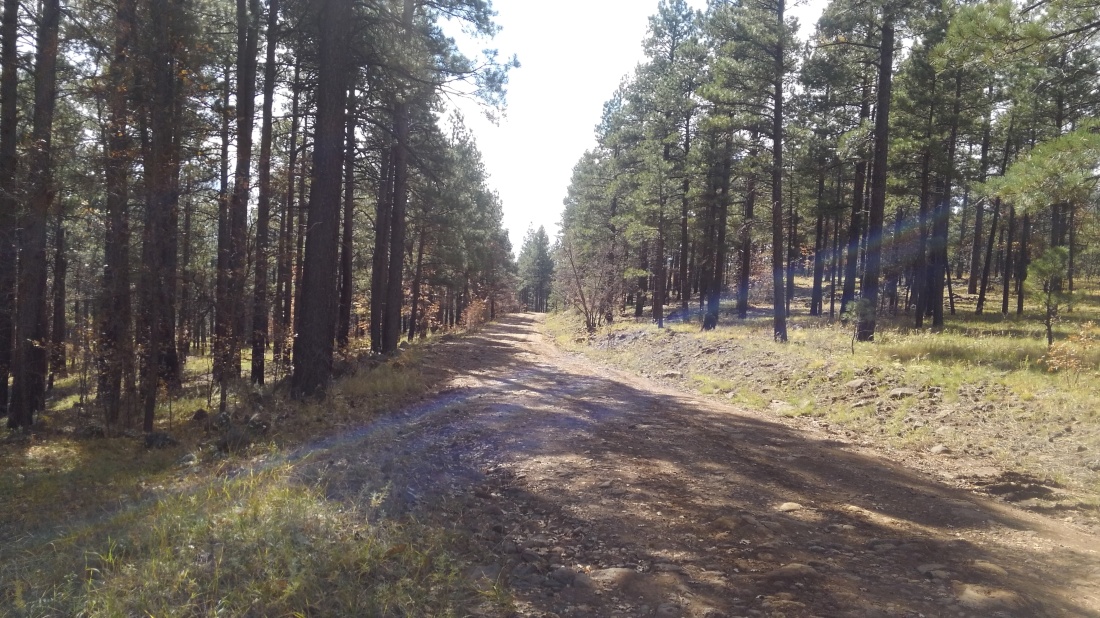 I have been zipping up and down I-17 from Phoenix to Flagstaff and back for various reasons. That is a fine drive if you need to make some time, but going back last week (in October 2018) I found I had more time than I needed. And from the gas station in Kachina Village, I looked at the map and took a chance.

Forest Road 237 connects I-17 to the scenic AZ 89A, but there’s a catch: it is not maintained for low clearance vehicles. I drive a 2013 Kia Soul, not known for it’s off-road prowess.. I took the road anyway.

This mostly dirt track has been called Pumphouse Wash Road, but it is not signed that way, nor will Google name it such. That is its’ paper-map name.

The road begins as an unmarked service road separating the gas station in Kachina Village (there is only one) from the southbound on-ramp to I-17. Yes, that battered line of asphalt is the road ,and the condition will not improve much. Within a quarter mile, it will make a sharp right, and here it will be signed at FR237, and “Not Maintained for…” in English and Spanish.

From there, it winds through the tall pine-covered, lava-rock strewn hills that dominate the Kaibab Plateau. The most unique feature you will encounter is the split-rail fencing designed to keep vehicles out of the meadows. But it has gentle quiet you will not find on either of the highways it connects.

When the Forest Service website claims the road is maintained for passenger vehicles, they mean the last few miles, on the west end. From the east approach, you go in and out of a canyon where the track has, in many places, eroded down to dusty boulders.

Important note: I took this road in dry conditions with good light. I would not have taken it in the rain or the dark.

Another Important Note: I took this road generally downhill into the canyon. It would have been much harder to go uphill.

Yet Another Important Note: I did the first two miles or so in 1st or 2nd gear.

Most disasters on dirt roads come from inattentive drivers going too fast. Go slow and pay attention (get out and look if you need) and you can dramatically increase the kind of trouble you can get your vehicle in and out of.

Once you make the final rocky dips and climbs in and out of Fry Canyon, you are past the worst of it. You can shift all the way to second. Up on the bluff, about 3 miles from I-17, you reach the designated campsites, and here you might even get to third gear.

These campsites are free, popular, and have zero services. You must bring i your own water and pack out your own trash. The closest restroom is the gas station by the highway. You must only camp in the clearly marked spots – all other site are forbidden.

They were almost all empty on a late October Tuesday afternoon, butt that is likely a poor stick to measure with.

Soon thereafter, you come to the junction with AZ 89A.

AZ89A through Oak Creek Canyon and all the wonders it winds past is well documented. Let me add to those volumes only that is is especially worth it in late October.

In Sedona, I braved the traffic circles full of tourists to stay south on AZ-179, past The Village of Oak Creek, Bell Rock and the ranger station to make the right onto Beaverhead Flat road. A few miles into this road I found a scenic pull-out, and from that pull-out I found a short trail (The gated remains of FR 9500G) marching into the juniper studded hillside. I only took it about a half mile. It’s not five star, but better than just loitering in the pull-out. 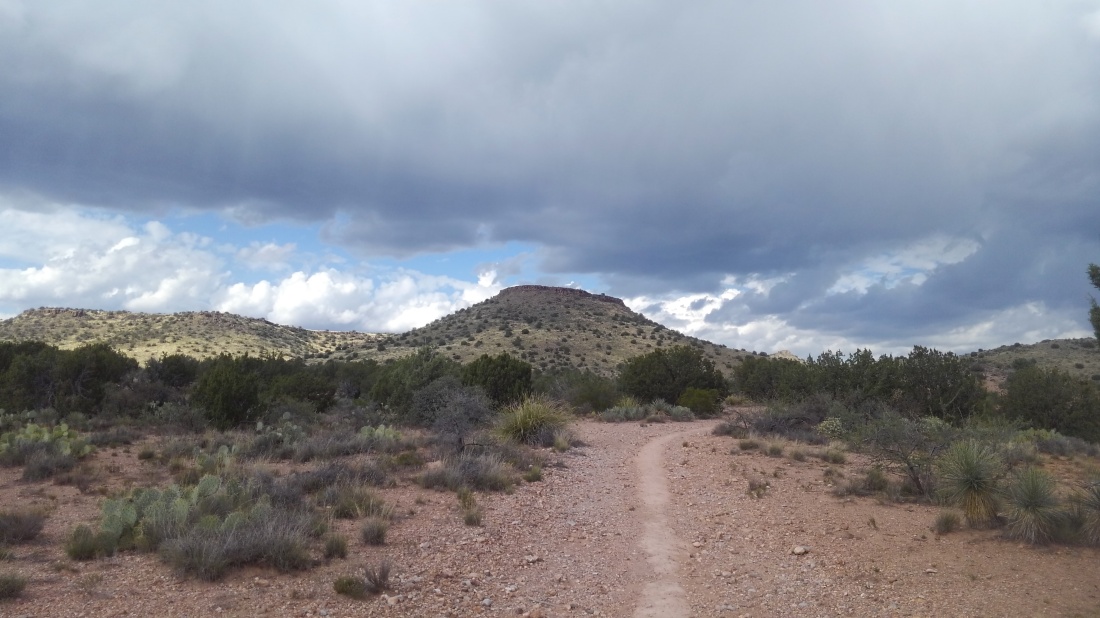 Back on the road, Beaverhead Flat leads to where a left (east) will lead you back to (sigh) I-17 , because, if you’re like me, you have to get back to Phoenix eventually.